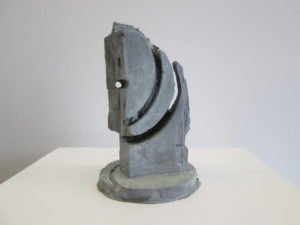 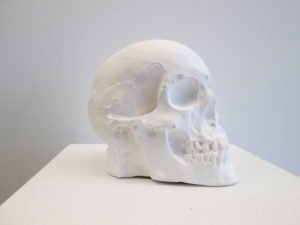 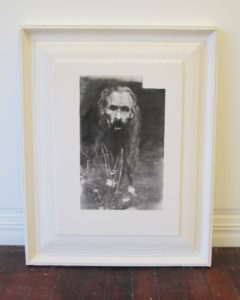 framework?is the result of recent thought around display methodologies, work, and the interruption of the accepted cycle of waste material through re-presentation. this continues a long involved exploration into the conflation of binaries and the metaphoric quality of the casting process.?the process of casting is employed to give credence to a personal philosophy of the discarded and disregarded as?harbours?for the secret life and history of objects, and through the?interruption and re-presentation, our selves. superfluous elements are diminished, scars and textures amplified, and the repeated rectangular form of the cast frame articulate an idea that?mistakes are truly the one thing we can claim and call our own.

?
the use?of plaster as the predominant agent in the construction of the cast frame provides a platform for the provisional nature of the material to be exploited. by coaxing and drawing out?the form, spacial occupation provides freedom for the existence of the subject from pure graphic representation.?poor material (clay/plaster) sidles next to the historically traditional (bronze) and through scale and process is given weight and value, subverting any hierarchical material totem.?the consideration of?colour?is a major element throughout the work, which is all keyed to white, allowing a sense of the museological, bleached relic to pervade.
?
all splendour is dissolved by death and through the snow-white limbs steals stygian hue to spoil the grace of form.
? 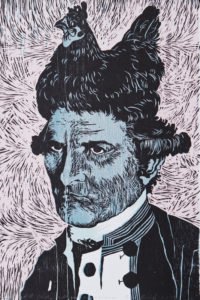 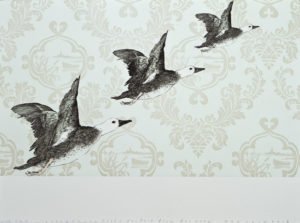 ?Although these 5 woodcuts are a shift in terms of media, scale, composition and subject matter they are still very much a continuation of my visual exploration of and attempt at explaining our colonial past from an ecological point of view.

Each of these five works have been manipulated in some way.

Some are recognisable, James Cook, Sir Walter Buller and Governor Grey. The two others rely more on generic figures to convey their message.?

New research suggests Captain Cook brought domestic chickens to New Zealand and gifted them to various Maori tribes. Cooks journals describe the day he gifted roosters and hens to locals who ‘received [them] with so much indifference, as to give me little hope they would take proper care of them?. From these records it seems unlikely that Cook’s chickens would have persisted long enough to establish self sustaining populations but in some cases at least, it seems Cooks pessimism may have been misplaced as some populations seemed to thrive.?

?An Immigrant of Scottish descent. His large black hat has been replaced by a cat. Eludeing to the animals that invariably arrive wherever Homo Sapiens travel.

It tells of a Russian hat wearing swag man visiting his vision impared sister. After a cup of tea and a chin-wag he departs and mistakenly replaces the sisters cat on his head, instead of his hat.

It works out for all though, for the swag man who has a much warmer head and the cat, who had always wished to see the world but was too lazy to do so has been gifted an armchair ride.

The sister also benefits from the mishap as she now has a ?cat? that requires very little attention and sleeps always, which she apparently had always wanted!

I suppose I’m poking a bit of fun at, or more seriously…questioning the legacy of ornatholigist, collector, writer and all-round large colonial figure, Sir Walter Buller. Sir Walter is generally revered and for the most part his legacy is established and accepted as positive. But, if you delve a little deeper or view his actions from a slightly different perspective, you may come to a different conclusion. I’m suggesting that perhaps his successful, caring, visionary…reputation is a little misplaced and that he was more a self-interested, hierarachical, social climber…but being mindful that his actions and attitude were a fair representation of the mentality of the day.

Twice Governor of New Zealand in the 19th century, Governor Grey was a larger than life chacacter who was a staunch advocte for the acclimatisation movement that prevailed in New Zealand at that time. His thirst for exotica resulted in his chosen home of Kawau Island in the Hauraki Gulf, to be chock-full of all manner of foreign animals and plants.

In this work I have altered my interpretation of a portrait of him as a young man, so that he shows the result of a lobotomy. Or, for my purposes, having had his ?head

read? to look for an explaination for the misguided and ultimately disastrous importations that occurred under his watch.

?Come to your own conclusions on that one after understanding the context and sentiment the other 4 woodcuts were made.

?Is about the numerous species of native butterflies, (and other insects), that are believed to have become extinct before ever being recorded. Habitat loss is accepted as a significant contributor to their demise.

Integrated into the background pattern are many of the colonial bushcutting tools that were used to ‘tame’ New Zealand’s abundant, ‘impenetrable’ native forests.

?everything looks perfect from far away?

A play on the adopted retro symbol of kitsch kiwiana, 3 ducks on the wall otherwise known as Beswick ducks. For me these ducks are actually native Teal whose existence is threatened by predators and habitat loss. The boat and more distant town shown within the ?wallpaper? pattern represents human actions and the impact this has had on many native species.

?give all of my secrets away? and ?liferaft??

These two works are very easy to recognise as mine as they are simply a continuation of ideas and concepts that have been explored in previous work. The cropped wallpaper layout in which exotic predators, in both cases rats, have been intergrated into the wallpaper pattern. These patterns have become a metaphor for the New Zealand environment.

The birds are generic native New Zealand bush birds, loosley based on our wrens.