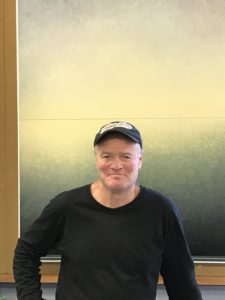 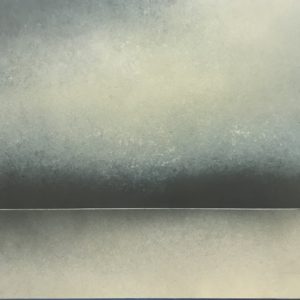 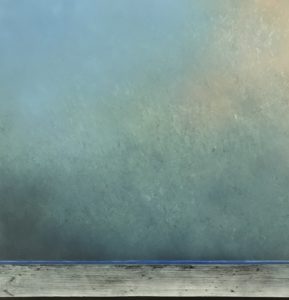 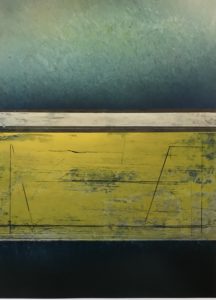 Richard Adams, a contemporary New Zealand abstract artist, first exhibited his works in 1982 at the Molesworth Gallery in Wellington. Since then, the Auckland-based artist has achieved national and international recognition. He has exhibited in Tokyo, Sydney, New York, London and New Zealand.

Perhaps a born artiste, in addition to his painting, Adams is also an established musician who plays the jazz violin with passionate flair as frontman for the Nairobi Trio. He published his first book of poems and etchings entitled Translations in 1979 and the same year he co-scripted, produced and directed the New Zealand film Artman.

Adams abstract, minimalistic panels of vertical and horizontal plains are inspired by the landscapes he encounters on his journeys. He is particularly inspired by the variety of colours, textures, shapes and surfaces in nature and the diversity of these features from region to region. Drawing from the landscape, Adams respective supports (he paints on both canvas and paper) act as frames for the exploration of those natural features which inspire him; these are reduced to panels of rich oils, embracing ovals and map-like line etchings. Though abstract, Adams observes the rules of classicism with his compositions strongly anchored and boasting a horizon, foreground, mid-ground, etc. From a strong structural base, he realises balance by exercising optical restraint while simultaneously allowing himself the freedom of movement associated with the very gestural activity of painting.

Adams believes he will never run out of things to paint the well is endless so to speak. The guide rather than the master of the brush, Adams’ works are both literary and artistic. They are images resultant of thought processes, simplified and emotional; they grow as he works. Hamish Coney, in a recent interview with the artist said unlocking the meaning of Richard’s work is a joint venture between the artist and viewer, both of whom bring a history to the moment of viewing.