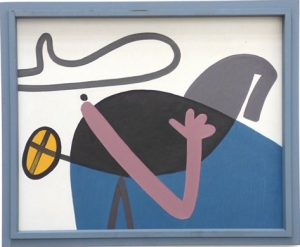 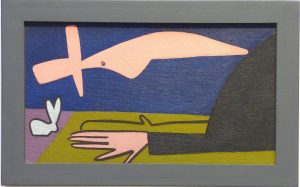 An artist’s dying wish for hundreds of his paintings to be sold for charity is a gift that will “outlive us all”, a gallery manager says.

Eion Stevens died in September and left instructions in his will for artworks kept in a storage unit to be sold and the proceeds donated to a range of charities.

He stipulated that only 25 paintings could be sold each year, meaning his gift will last for many years and likely raise millions of dollars.

The first tranche of paintings available to buy will be displayed at an exhibition at Chambers Art Gallery in Sydenham, opening on April 20.

The proceeds from the first sale will go to Aviva, formerly known as Christchurch Women’s Refuge.

Stevens nominated a group of friends in his will to select the charities that will benefit, and they may change from year to year.

Chambers Art Gallery manager Julie Williams said the gift was a special legacy for the artist.

“I think it’s beautiful. He wasn’t a material man. He was kind and giving,’’ she said.

“To me, he was a gentle soul. It’s a pleasure to do this for Eion.”

She said it was difficult to select the 25 works for the first exhibition. The works are priced between $1900 and $9000.

There were more treasures in the collection that would emerge over many years, she said.

“There are some stunning bigger works.

“He has his own, absolutely beautiful style. It is his own recipe.

“He only wanted 25 works to be sold each year, he didn’t want the market flooded.”

Artworks that feature weapons or war imagery were not chosen for the first exhibition because of the war in Ukraine.

“We chose joyous works. Quite a few of his works depict war scenes, so we’ve chosen not to have those works in the exhibition.

“We don’t have guns, or axes or spies or barracks. And there is quite a bit of that going on [in the collection].

“Some of those works are amazing, but at the moment there is too much sadness.”

She said all the works Stevens left for charity have now been catalogued and valued for insurance purposes.

In November, Buddle Findlay partner Willie Palmer, who acted as solicitor for the executor of the artist’s estate, said there were over 2000 paintings and prints.

Williams said there were fewer paintings than that, but would not say how many.

Stevens exhibited his work across New Zealand from the late 1970s onwards, and his work was included in many significant collections.

He lived in Port Chalmers for several years and then in Lyttelton, before moving to central Christchurch after the 2011 earthquakes.

Eion Stevens paintings have maintained a relationship of sorts with literature for many years, but it would be wrong to assume that they reveal familiar, narratives and storylines. Rather, literary sources offer a necessary anchor for images that touch upon memories or fleeting glimpses and revelations about human behaviour in paintings that acknowledge their respect and affection for Modernism and the work of artists like Picasso and Derain. Stevens graduated from the Otago School of Art and attended Exeter College of Art, London 1974 – 75. He has work in public and corporate collections, including the Christchurch Art Gallery.