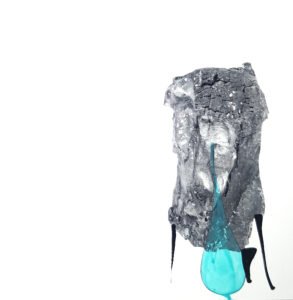 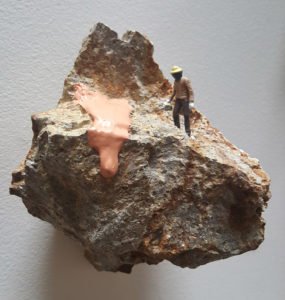 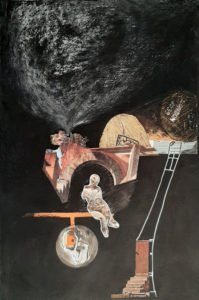 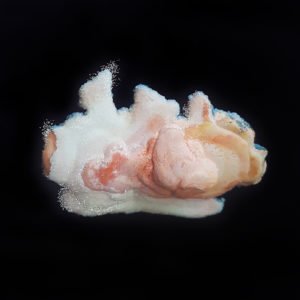 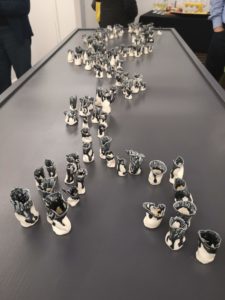 Victoria Edwards and Ina Johann began working together as EDWARDS + JOHANN in 2007. Their work has been in numerous solo and group shows. They engage in public projects and artists residencies nationally and internationally and have been finalists in many art awards.

EDWARDS + JOHANN were The Supreme Winner of the 2016 Painting and Printmaking Award, Parkin Drawing Prize 2019 (Merit Award), Molly Morpeth Canaday/Whakatane (Highly Commended Award in 2017), Winner Lacda/ Los Angeles in 2014 and Winner of The Margaret Stoddart Award in 2009. They have been the inaugural Volcanic Artists in Residence in Whakatane in 2018, international Artists in Residence in France (2009 and 2010), Perth/Scotland (twice in 2010) and spent three months at the prestigious Altes Spital Residency/ Switzerland in 2015. Their work is held in public and private collections, including Christchurch Art Gallery Te Puna o Waiwhetu, Aigantighe Art Gallery, The Wallace Arts Trust, Perth Museum/Scotland and Altes Spital/Switzerland. They both live and work in Otautahi Christchurch.

from THE EDGE of SPACES with the inclusion of Only Ghosts Glow in the Dark, Te K?putu a te whanga a Toi – Whakatane Library and Exhibition Centre, 20 April ? 28 June 2018, Whakatane

No two skies are ever the same, public performance and exhibition, Galerie9, March 2015, Solothurn/Switzerland

Science and Voyages II ? From the Pacific to the Attic and A voyage of discovery – from installation to installation, Exhibition project and performance at Ch?teau de Padi?s, Lempaut/France, May 2010

Notations on a visit – Ghosts and Hydrangeas in the Attic; Exhibition and Performance, October 2009, Ch’teau de Padis/France

I’ll be your mirror, One of us cannot be wrong, Bath Street Gallery, August 2009, Auckland

The splinter in the eye is the best-looking glass, CoCA, April 2009, Christchurch

Currently they both live and work in Christchurch, New Zealand.

We have held numerous presentations/talks/workshops nationally and internationally at Universities, conferences and forums, schools and galleries:

from THE EDGE of SPACES with the inclusion of Only Ghosts Glow in the Dark, artists? talk, Te Kputu a te whanga a Toi – Whakatane Library and Exhibition Centre, April 2018, Whakatane

No two skies are ever the same – Public performance and talk, Galery9, Solothurn/Switzerland, March 2015

New Zealand artist Victoria Edwards exhibited extensively nationally and internationally since the 1970s. Edwards was awarded her Doctorate in 2006. She has been involved in art education since the 1970s and is currently a full-time practitioner living in Christchurch. She works primarily in new media including drawing and photography. She has engaged in collaborative practice for a number of years. Edwards?s work explores role-play and social conventions in relation to individual and collective identity.

German born New Zealand artist Ina Johann uses a range of media from print and drawing to digital stills, photography, video and light to create multi-dimensional installations. Johann has a strong drawing practice  a form of personal mapping and navigation of shifting territories.

Johann is interested in perception and the notion of home in the terrain of survey, observation, and fragmentation. Her work reflects upon emptiness, recollection and memory, personal loss, coding and de-coding. In her research and practice she has been engaged in collaborative ventures for a number of years. She lectured for a number of years both in New Zealand and Germany and is currently a full-time practitioner.