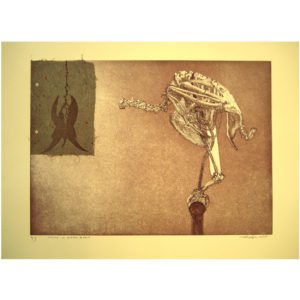 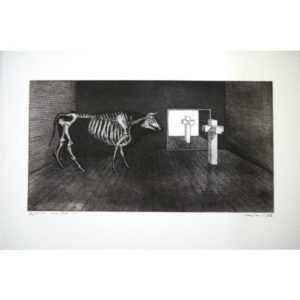 Barry Cleavin is New Zealand’s most distinguished printmaker, developing an arts practice in prints that exposes the gap between appearance and reality. Cleavin’s art reveals the hypocrisy of its subjects in images that range from the playful and surreal to barbed social commentary. Cleavin was Senior Lecturer of printmaking at the University of Canterbury (1978 -1990) and awarded the New Zealand Order of Merit in 2001. His work has also been the subject of two major surveys, Ewe & Eye at the Auckland Art Gallery (1982), and The Elements of Doubt at the Robert McDougall Art Gallery (1987). Lateral Inversions The Prints of Barry Cleavin by Dr.Melinda Johnston and Dr. Rodney Wilson,published by Canterbury University Press details aspects of his imagery and practice.