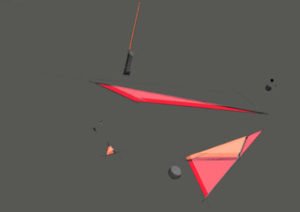 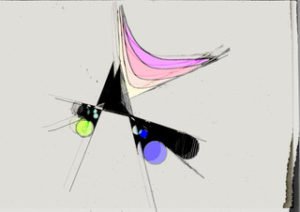 Ano took Sculpture in his last year at high school where he received an A helping him be accepted into the School of Architecture at the University of Auckland. Since then he has kept up a practice of drawing which has developed into digital print making. He takes drawings either with subject matters like landscapes or abstracts drawn on paper with skill and texture shading then scans these into the computer using the photoshop application to finish with colour and contrast. He then prints these images at high resolution on hot press water colour paper. Influences on his style vary from Herge with the use of coloured backgrounds, to McCahon with contrast of dark and light. Architectural ideas also enter into the abstract work with potential building forms.

He has now been involved in several exhibitions: